The cream of the crop!
We have here the hindsight of twenty years of production at the “Château de la Fuente”. Unfortunately, we will not be able to detail the blend and enter Carlito’s personal kitchen. He likes to keep his recipes jealously guarded, and it is easy to understand why. As with the other Opus X ranges, we know that they are made from 100% of the tobacco grown on the family farm. What makes it different, certainly is its more measured strength and complexity, probably unheard of in the cigar world. This suggests a blend of (very) old tobaccos! Considering the microscopic quantity offered annually since 2016, Carlito has reserved his “crème de la crème” here. A selection of the best tobaccos in the world and a unique trip to the Dominican Republic!

The history of Opus X

Opus X, the rarest cigar in the world, a unique cigar, like its history…

Let’s go back to the mid-eighties. Carlos Fuente recognised an area near Santiago that looked strangely like the “pinar del rio” valley, the valley that made Cuban cigars legendary. He had the idea of growing tobacco there, but not just any tobacco, but wrapper tobacco! Yes, cape tobacco in Santo Domingo! The whole industry thought he was crazy, saying that if there was a way to grow cape in Santo Domingo, it would be known. But he persisted in his idea and succeeded. A farmer’s feet, the tobacco that comes out of Château de la Fuente is absolutely unique and has a personality that has nothing to envy any of the best tobaccos in the world. A power and aromatic richness that is entirely unique. A taste that is recognizable among all these tobaccos, so typical are they.

But this cigar is not only innovative in its tobacco, its manufacture is also quite unique. It is here that Carlito has been able to use all his creativity. Indeed, while the vast majority of cigars are composed of 5 tobacco leaves (wrapper, binder and 3 leaves for the filler), Opus X sometimes has up to 9!

Why do you ask?

Carlos’s answer is simple: “So that with each puff, you get a surprise. “Indeed, each module is composed like a book with its introduction and chapters. But the Torcedores did not agree and refused to make such cigars. Carlito did not hesitate; to make his dream come true, he created a school for torcedores where he taught his recruits the vision he had of cigars for 10 months. Carlos succeeded again and in 1992, the first Opus X came out of the Tabacalera Fuente, making the first Dominican Puros (a cigar whose leaves are all the same origin). A perfectionist to the end, Carlos chose to age them for a minimum of two years before exporting them so that the aromas of the different tobaccos would blend harmoniously.

But that’s not all, Carlos Fuente is in love with his adopted country, which as you know is the Dominican Republic. In this country, many children are alone or orphaned. Carlito is very sensitive to this and tries to fight against this national plague. For this purpose, he organises charity sales with some very rare Opus X modules like the “A” format. So don’t hesitate to bid on one of these cigars, if one day you attend one of these sales because you will be sure to help someone who needs it.

What more can I say except that the whole world is clamouring for them, from Bill Clinton to Arnold Schwarzennegger to Andy Garcia and the whole Hollywood jetset. It deserves all the attention of the aficionado that you are because it reserves you one of your most beautiful experiences. We are one of the few shops to be an official stockist.

“It’s amazing that after so many brands, sub-brands and premium lines, we can continue to produce so many different flavours that are all Fuente. If I have achieved anything in my life, it is because my father taught me his knowledge. 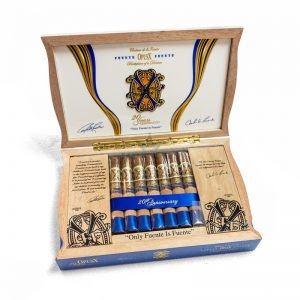 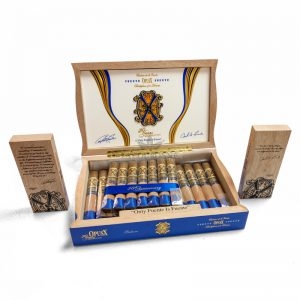 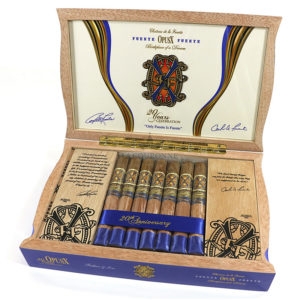 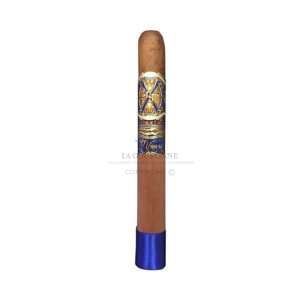 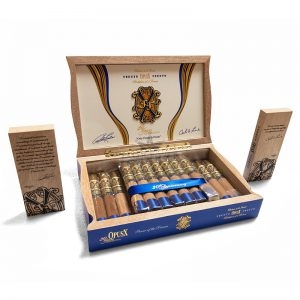 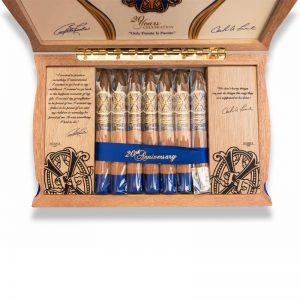